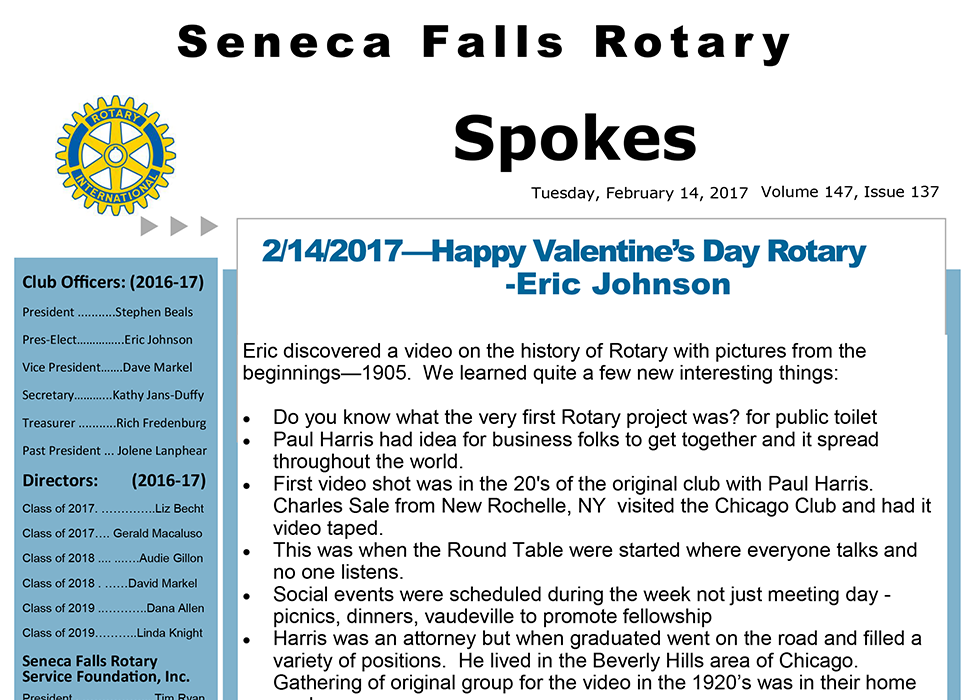 Eric discovered a video on the history of Rotary with pictures from the beginnings—1905. We learned quite a few new interesting things:

Comments are closed, but trackbacks and pingbacks are open.